With the Madill basketball games cancelled on Tuesday, February 9, because of icy weather, the Wildcats were ready to hit the court against the Plainview Indians on Friday, February 12, 2021. The Lady Wildcats got the night started by trailing early in the first quarter 6 to 0 with 5:45 remaining, Junior Jayden Weiberg swished a three pointer. Forty-five seconds later, Weiberg got a two-point lay-up. The Lady Indians clapped back with a three-pointer followed by a two pointer. With 3:35 left, Weiberg hit nothing but net for a three pointer. Plainview answered right back with two points. Junior Braylee Schneider hit two points with less than two minutes to play. With twenty-three seconds left, Plainview swished a three pointer to lead Madill, 16 to 10.

The second quarter got off to slow start, and with two minutes shaved off the clock, Weiberg hit net with a three-pointer. Another two minutes of no scores, Plainview scored six more points. But once again, nothing but net three-pointer from Weiberg. Plainview came back for two points. To enter halftime, Senior Ximena Gomez swished a three-pointer, and the Lady Wildcats trailed the Lady Indians, 19 to 25.

Plainview came out on fire to start the third quarter, scoring eleven points within the first 4:00 minutes. Head Coach Shawn Runyan said the deficiencies in play could be attributed to the weather.

“It was hard on us to be off all week because of the weather and show up on Friday ready to play,” Runyan said. “We didn’t have much time to prepare for Plainview.”

The only scorer for Madill in the third quarter was Senior Beth Coleman who made two points. The Lady Indians went on to score eight points, leading Madill 44 to 21.

Next up was the boys’ game with the Indians taking the lead 5 to 0 with 6:00 left in the first quarter. Junior Nick Northcutt added a two-pointer and one free throw for the Wildcats. Senior Miguel Duran was fouled and made one free throw. Junior Eze kiel Fuentes hit net for a three-pointer, followed by a free throw shot by Senior Mason Coles. Duran hit a two-pointer to close out the quarter with the Wildcats leading 10 to 5.

The Wildcats turned on the heat to open the third quarter with Fuentes swishing a three-pointer, followed by a two-pointer. Duran added two points. Plainview was fouled and made one free throw. Northcutt was fouled and made both free throws. Morris made a twopoint jump shot followed by Coles and his two-point jump shot. Plainview added four points. Madill led 44 to 12 going into the fourth quarter.

The Indians got the first two points of the fourth quarter, but the Wildcats were too much to handle. Sophomore River Shaw scored two points with only two minutes shaved off the clock. Sisco swished another three-pointer. Shaw scored two more points. Plainview was fouled and made one free throw. Junior Hayden Harper hit net with a three-pointer. Coles added two more points. Plainview added four more points. Harper closed out the game with two more points. Madill won the game 58 to 19. Madill will travel to Blanchard Saturday, February 20, for 4A district playoff, and will advance to regionals regardless of a win or loss. 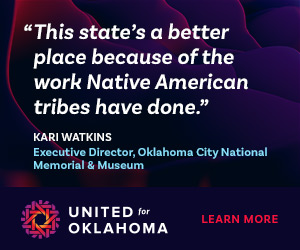